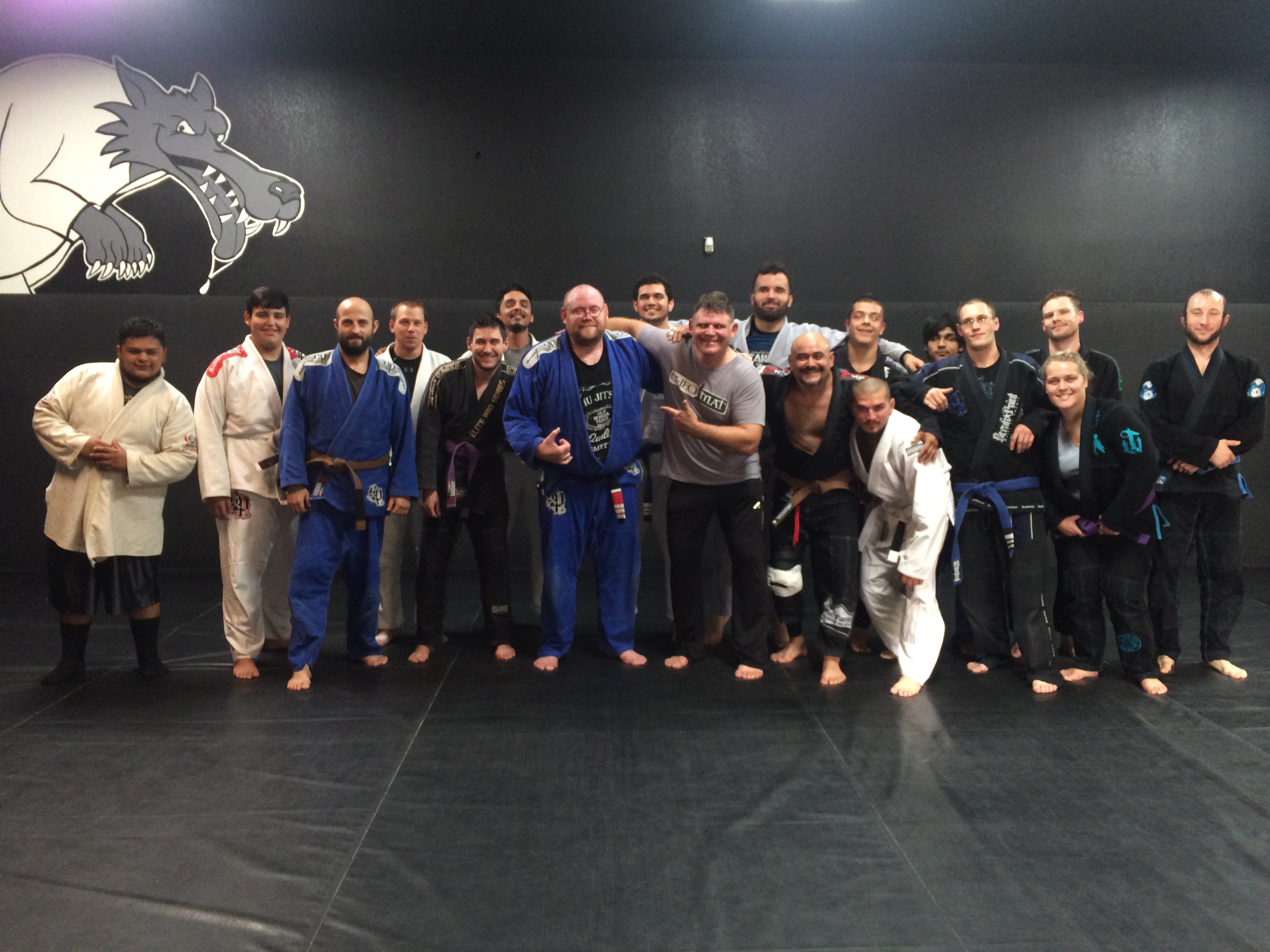 The problem, of course, is that almost nothing in life is that simple. The closer we look at the myriad aspects of any particular situation, the more we realize the interconnectedness of the various areas of the world we occupy.

In martial arts, for example, we have a tendency to break things down into separated categories. “I’m working on my kicks” or “I’m going to focus on my striking” are common refrains heard from a martial artist. In Brazilian jiu jitsu, specifically, it may take on the tone of “today we are focusing on side control” or “guard passing.”

There is, of course, absolutely nothing wrong with this. From a Bjj perspective, these are elements of everyone’s game that need developing. Everyone needs to work on their side control and guard, after all.

But thinking in these terms ultimately comes up short because it’s not reflective of the fullness of the art. Although that may seem a bit odd at first, I think you’ll understand what I mean if you follow along further.

Imagine you have a room full of PhD-level experts of various disciplines at your disposal. Now imagine you are presented with a problem. What is the first thing you do? Most of us in the Western world begin by attempting to figure out the type of problem so that it can be assigned to the proper area of expertise. Is it a biological problem? Give it to the biologist. An economics problem? Physics? We tend to assign problems to categories in order to make sense of them and break them down to the smallest level.

This is called reductionist thinking and, again, is not faulty in and of itself—it’s just limiting, especially when concerning how we approach life in general and Bjj, specifically.

But it’s exactly what we do and in a way we don’t even realize.

Imagine yourself rolling. You pull guard, but your partner passes it and, despite your efforts, takes side control. What happens in your brain?

Whether we like to admit it or not, we have this tendency to shift gears and switch categories at that moment.

We categorize our problems, so “side control” has its own category while “mount,” “half guard,” “open guard” etc. have their own. We assign any given problem to the category that makes the most sense for it and begin to problem-solve within that category.

While reductionist thinking certainly has its place (especially in the perfecting of individual techniques), it too easily neglects the bigger picture and how these different areas work together, which results in a lack of flow in our thinking. And, more importantly, our desire to have everything fit nicely and neatly into its own category doesn’t always mesh with this little thing we call….

Assigning problems or pieces of a puzzle to their own category may be beneficial in some areas, but ultimately that puzzle has to be put together; you have to live and roll from one problem to the next. If everything is fit into its own box, then the natural result of going from one box to another is going to be a pause in between—the transition from one category to the next will be choppy and decidedly less than “smooth” because our brains have operated in a different fashion up until that moment. It doesn’t shift gears that quickly unless you train it to.

And that, my friends, is exactly the point with the title. The Art of Being means fully occupying every moment as if it is the only moment there is while simultaneously embracing that very moment as being inextricably linked to every other moment in time.

Sound confusing? It certainly isn’t an immediately simple concept, but it’s less complicated than you might at first think, and this is where Brazilian jiu jitsu offers such an amazing tool for learning about life.

Go back to our imaginary scenario: your partner passes your guard and achieves side control. Most people see this as three distinct moments—guard, pass, side control—and focus on each of those three moments. But what happens if we apply a more holistic approach that relishes in the art of being?

Let’s try again: your partner pas—right here, in this moment, there are an infinite number of smaller moments that require your presence and understanding of being connected to all the other moments that came before and will come after—ses your guard—is your guard actually passed? What is a guard? What are its limits? Your partner may be working their way around you but that is just part of your existence in this moment and the moments that follow, none of which are static, all of which are connected, so don’t treat this as “in between” categories but rather part of one interconnected system—and achieves—nothing is really “achieved” if we see the constant flow of change. If we understand how one position becomes another in an infinite progression then we short-change ourselves by viewing what they have “achieved” rather than embracing where we are, right there, in that moment—side control—a mere moment in time which requires our fullest presence and acceptance; not in defeat, but in a welcoming fashion as a chance to live this moment just as you did the last one.

Do you see the difference? The art of being means your full presence in every moment, not in a way that screams “how do I get out of this and into a better category?!?!” but rather by employing a mentality that sees each moment for what it is and how it is connected to all of the other moments in space and time.

Yes, it sounds a bit esoteric; yes, it may come across as a bit mysterious—and it is, make no mistake. But challenge yourself to look at things like this next time you get on the mat. It won’t be easy and this is not something one can simply decide to do and just…do. It takes a reshaping of our mental model in a big way.

But, like life, martial arts are not a series of moves that we can master. A list of bullet point techniques-as-answers may work great for a PowerPoint slide show in the office to convey a basic idea, but that is a woefully inadequate method for describing what goes on in the dynamics of a fight or how one should approach it.

This is, again, more difficult even than it first sounds, primarily because our modern, Western brains have done such a phenomenal job of categorizing everything that it is difficult to break away from a mindset that does exactly that. We feel safer when things fit neatly where we think they belong.

But martial arts in general, and BJJ specifically, requires us to challenge that. If we want to truly learn—to fully embrace what this has to give us and what we can gain from it—then we must learn to embrace every moment while living fully in it and growing with it as it changes into the next moment ad infinitum.

That is where we grow—that is where we are humbled by being part of something much larger than ourselves while learning wisdom about the world around us in ways we never otherwise could have.

That is Brazilian jiu jitsu and the art of being—a concept we hope to explore further in the coming weeks.