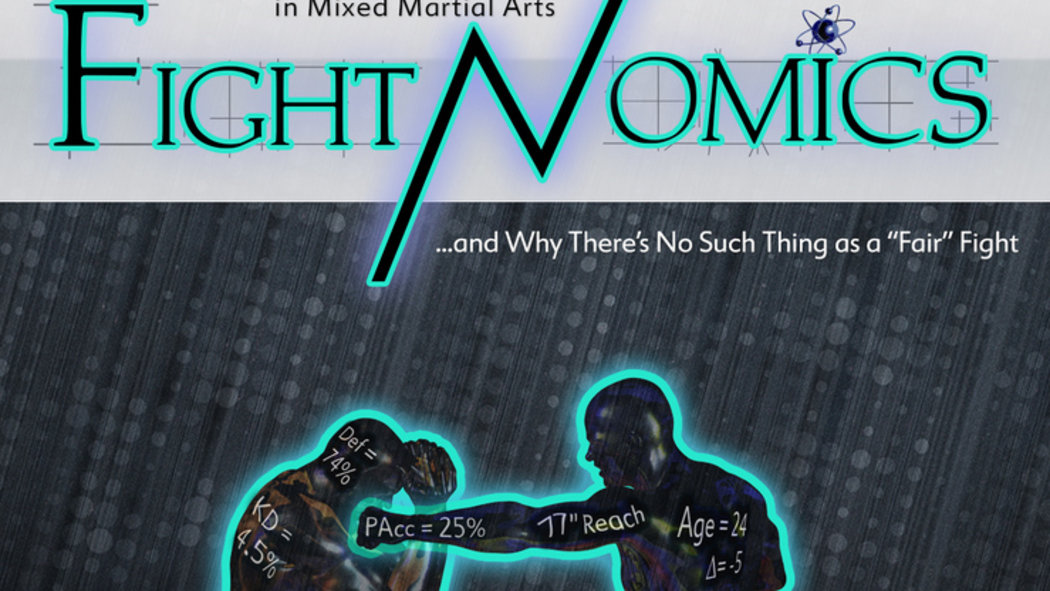 Reed Kuhn, along with Kelly Crigger — author of Greg Jackson’s book The Stand Up Game — has filled a void in the world of mixed martial arts by ignoring favorites and biases and taking a look at hard facts. Everything from the evolution of the sport (which has been profound, to say the least), to who scores the most take-downs, where size matters (and where it doesn’t), and even how betting odds work — from an informed perspective — in combat sports.

Basically, what the authors have done is to take MMA and break down every aspect of the sport to find out, based on the thousands of fights we have to reference now, what works, what doesn’t, and why that is so. In other words, this isn’t a book stating that “____” fight system is better because so-and-so trains it or that “_____” is a superior fighter because his training is done with shaolin monks or some nonsense like that. Rather, it is an honest look at the numbers behind every aspect of MMA.

For example, in the chapter on “How size matters and how it doesn’t,” the authors cover:

But more importantly, these assertions are backed up rigorously. This isn’t a book about whose favorite fighter is better or why kung fu could totally beat ninjitsu. Again, Reed has done his homework on this.

The book is a flat-out must for anyone serious about MMA, to include fighters and coaches. No one else has taken the time to assemble these facts in one place, so you can’t even say “well, I was debating between this one and…..” Fightnomics is the authority on this subject, so do yourself a favor; if you are into MMA and want to A) fight well, B) coach well, or C) win money from your friends on betting well, then download this book pronto.