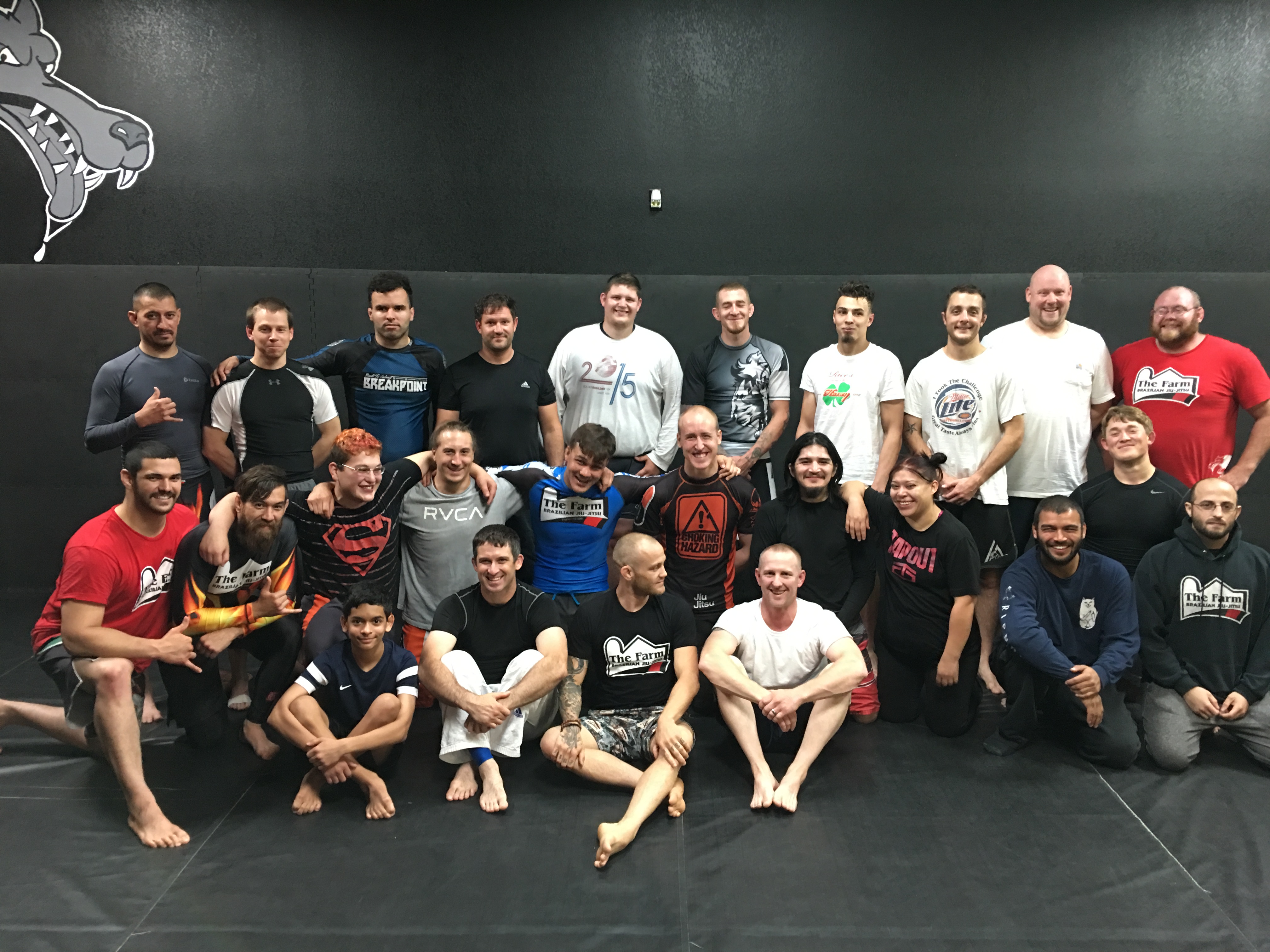 In an effort to bring the best to northern Colorado The Farm Brazilian jiu jitsu welcomed Jeff Glover as a guest instructor. all that where in attendance would agree that his incredible technique left the room in aw. to all that missed out on the seminar all that can be said is you missed out on an experience that doesn’t come around very often.

Nickname: He is called “The Pipelayer” because he used to be a plumber.

Jeff Glover was born on the 15th of April 1983 in East Los Angeles, CA – USA. And it would take him 16 years to find Jiu Jitsu, but when he did, it was love at first sight. Glover knew straight away this sport would change his life forever.

He started competing from the get go, and achieved success quickly. Even though Jeff Glover competed mainly at featherweight with some incursions in the Lightweight division, he always liked to stand the test at the absolute (open weight) division, something that not many featherweights dare try. This display of confidence reaped it’s rewards as Glover stacked a fair amount of absolute medals and titles over the years. One of those titles won against Mike Fowler at the prestigious Grapplers Quest as a purple belt.

on the 8th of April 2006, just a few days short of his 23rd birthday, Jeff Glover received his black belt from the hands of Ricardo “Franjinha” Miller, his first and only instructor, after winning his second Pan American gold medal in the brown belt division. Unfortunately for Jiu Jitsu, Glover struggled with some finger injuries throughout his career which prevent him from fighting in Gi (kimono) tournaments more regularly, though his Submission Wrestling tournament record is outstanding.

In January 2010, Jeff Glover released a series of DVD’s about his pilgrimage around the US visiting all the main academies in the norther territory. This project was taken with great success by the BJJ community because of both it’s informative content and it’s entertainment value.