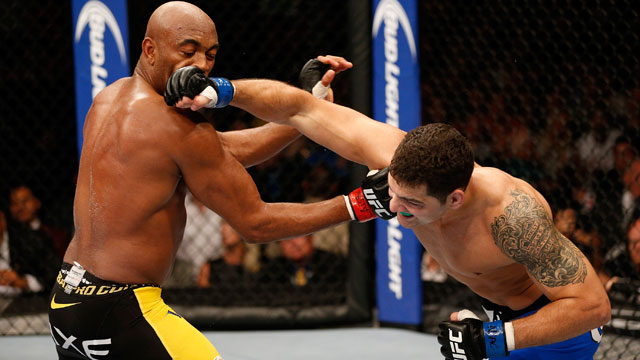 One of the things that has struck me regarding all the banter about Silva vs. Weidman is the bias towards a person rather than an objective view of the sport itself. But I think there is a lot we can learn from this and there are some valuable lessons that need to be addressed.

Consider what a very large number of people have said about Anderson Silva after not one but both fights: that Weidman didn’t “win,” but rather that Silva “lost.” In the first match the reasoning being that he was clowning and in the second he was the victim of a freak set of circumstances. Those who are fans of Silva have found any number of reasons why it was more Silva’s doing than Weidman’s and that, had just one or two things been different, The Spider would have come out on top.

There are huge problems with this for several reasons, but the one that needs to be addressed here is that of how we as practitioners view the sport. Namely, that bias towards an individual leads to blindness regarding the bigger picture.

It is natural to gravitate toward a certain fighter or, more specifically, a certain style of fighter. Those who wrestled a lot growing up usually have a stronger affinity for fighters with strong wrestling skills and those who specialize in striking will usually cheer for the highest-level striker. This is neither surprising nor is it necessarily a bad thing. However, it becomes detrimental to any martial artist when that affinity clouds their ability to objectively view a fight or, more importantly, fighting as a whole.

The ability to analyze a fight with as much objectivity as possible is crucial for the development of any serious student of the game, whether they be a fighter or a coach. When we focus our attention on one person, it clouds that ability and prevents us from seeing what truly is — instead, we see what we wish to see.

This mentality exists in every field. From politics to music and all things in between, the inclination towards a certain individual blurs the reality of ideals, strategy, and fundamental parts of the whole. If we spend all of our energy cheering on a single person, we miss the bigger picture.

In the case of Silva vs. Weidman, if an individual is so consumed with how amazing The Spider is or was, they look for reasons why he lost instead of appreciating how it was that Weidman won. They will miss the strategy involved, the skill displayed, the mental aspect of the game, and, perhaps most important of all, the evolution of the sport itself.

MMA is growing in its depth of skill level, and with that an increasing number of athletes involved will be trying to figure out new ways of doing things. If we are too focused on one person, we may miss some of the more important developments to come out of this.

There are more lessons to draw from those two matches, but let’s leave it with this for now: Do your best to analyze the game and you will benefit from it. If you are serious about competition, the next time you’re watching a match — Bjj, wrestling, MMA, or even other sports — do your best to understand the game, rather than just cheering for a single person or team.

If you truly want to grow in your own ability, you must understand every aspect of the art and sport you practice. To truly accomplish that, remaining as objective as possible is extremely important.