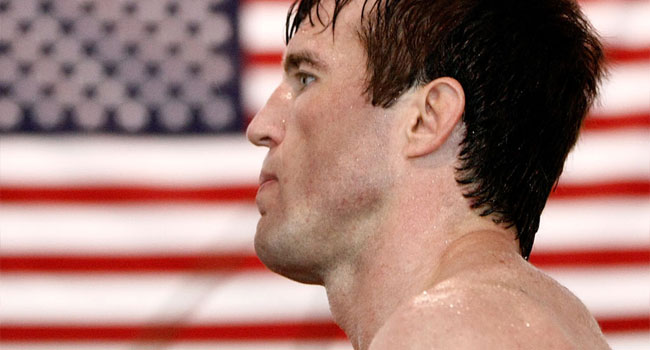 This got me thinking about what made the difference—what separates the two paths of success and failure? Is it luck? Pure physical skill? The right dosage of unicorn tears?

Ultimately,though all of those qualities are hugely beneficial to success (especially the unicorn tears), they pale in comparison to one trait commonly shared by all great athletes, leaders, soldiers, and champions of various disciplines—a superior work ethic. Over the long haul, fancy techniques and natural talent will eventually come up short; it takes the tenacity to work hard, day in and
day out, to overcome whatever obstacles one may face.

When viewing individual greats from past and present, a disciplined work ethic is at the core of their road to success. Muhammad Ali once stated that “the fight is won or lost far away from witnesses—behind the lines, in the gym, and out there on the road, long before I dance under those lights.” Despite the fancy speeches he became known for, Ali knew that the real work happened long before stepping in the ring and that, to be a champion, he would need to prepare more thoroughly than any of his challengers.

The legendary NFL wide receiver Jerry Rice was known for a training routine that regularly humbled his teammates. When interviewed, he said that “a lot of guys dreaded going to training camp. I looked forward to it because I had already prepared myself.” He didn’t wait for the team to get him ready—he laid the groundwork himself so that, when team time came, he was already operating at full speed and could be at the top when game time arrived.

Current UFC welterweight champion Georges St. Pierre has given the term “dominant” new meaning in fighting, as he has been at the top for several years now. Yet he is constantly bettering himself by working with world champion boxers, Bjj practitioners like Roger Gracie, and Olympic wrestlers. He finds the best in each discipline to train with in order to given himself every possible edge. His willingness to be humbled by champions of single disciplines makes him better as a martial artist.

Examples abound and are by no means limited to sports. At the top of numerous Fortune 500 companies sit people who didn’t sit back and rely on what they had been given—they put in the extra hours when no one else did; they got up earlier than everyone else; they worked weekends and did what it took to get to the top.

The same and more can be said in the military. While there were a fair amount of physical specimens that just seemed to have an easier time at most tasks, the individuals who stood out were the ones willing to work. The people who, no matter what the time or conditions were, would get their hands dirty and not stop until the job was done—whether that was a ruck march or a patrol or simply cleaning the latrine—were the ones who made everything better with their presence. We’ve all worked and trained with the gifted athletes; but we are inspired by the individuals who knew that good ol’ fashioned sweat made a bigger difference than talent ever would.

Theodore Roosevelt once famously said that it is not the critic who deserves credit, but rather “the man who is actually in the arena, whose face is marred by dust and sweat and blood, who strives valiantly, who errs and comes up short again and again…” Those who are in the arena—working, striving, putting in the hours—should be recognized for their efforts and, in the end, are usually the ones who deserve that recognition.

This may seem rather obvious—the axiom that hard work pays off is not exactly new. However, it bears repeating for numerous reasons. The first of which is simply that it is worth hearing again for all of us in every walk of life. Nothing is handed to you for free—it must be earned, and reminding ourselves of that very thing on a continual basis is crucially important for success of any kind to be
attained.

In the coming weeks, I will be continuing this series on work ethic by profiling individuals as well as groups in order to break down, in usable and motivational form, what enabled people who excelled at what they do to get where they did.

Eric Thomas, aka “The Hip Hop Preacher,” has as a staple of his motivational speeches the declaration that “when you want to succeed as bad as you want to breathe, then you’ll be successful.” The “want” he describes is not just a mental recognition of a desire, but an outpouring of effort towards a goal. Ambition is a meaningless word without the work behind it.

As the quote at the beginning reminds us, failure is an option, but it is a choice. We must want success so badly that our work ethic reflects failure as the worst possible choice. Make your work ethic one that reflects triumph and victory as a natural conclusion.